Sue McQueen is a painter and printmaker who lives and works in London.

She is inspired by landscape and aspects of nature while exploring imaginative and playful reflections on the notion of ‘home’.

She often works in layers which help create a rambling and dreamlike quality where the viewer is being invited to look beyond the image.

She writes poetry and is also a community artist where she provides painting and printmaking workshops for people of all ages. This includes for older people, and for those who live with Alzheimer’s and Dementia.

2019 ‘Pollinators in Perspective’, London (part of ‘Landscape and the Imagination’, solo exhibition) 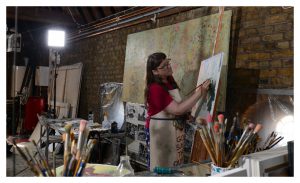 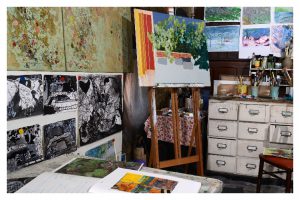